Jeff Bloch, aka Speedycop, has made a name for himself for his outlandish race car builds, which include an upside down Chevrolet Camaro and a plane that was converted into a street legal vehicle.

The veteran cop of 21 years took just five weeks to create the car which he has dubbed the Trippy Tippy Hippy Van.

He said: “The best thing about this van is that there’s nothing else like it on the planet. People see this thing driving and their faces just melt. It’s awesome.”

Although it may appear so, the 1976 VW camper van is not actually the driving force for the vehicle but merely mounted onto another car.

After being gutted of its interior the van was fixed on top of a 1988 VW Rabbit and turned to the side to give the illusion that the car was racing on its side.

Jeff said: “The van is set really close to the ground to complete the visual effect of it being a rolled over vehicle rather than an actual race car.”

Despite the vehicle carrying the extra weight of the camper van it is able to reach a top speed of 100mph and can go 0-60mph in a respectable 8 seconds.

The 44-year-old designed and built the car for the sole purpose of competing at the LeMons 24 - a parody of the legendary Le Mans 24 hour race.

In 24 hours Le Mans race teams are expected to drive around a track for a day in the world’s most prestigious and toughest car endurance race.

Teams kit their cars out with technology ensuring they get the most out of their vehicles, however this is not the case for the cars featured in the LeMons races.

On average teams spend less than $1000 on their cars and many don’t make it to the finish line due to mechanical failures.

With a 1.8 GTI 16 valve engine the car can churn out a maximum of 120 horsepower, more than enough for to take on the wacky tracks of the Lemons 24.

Jeff said: “We raced it last weekend for the first time and it lasted all weekend, we did a total of 224 laps on a two mile road course and we were actually putting this thing on two wheels on some of the hard corners." 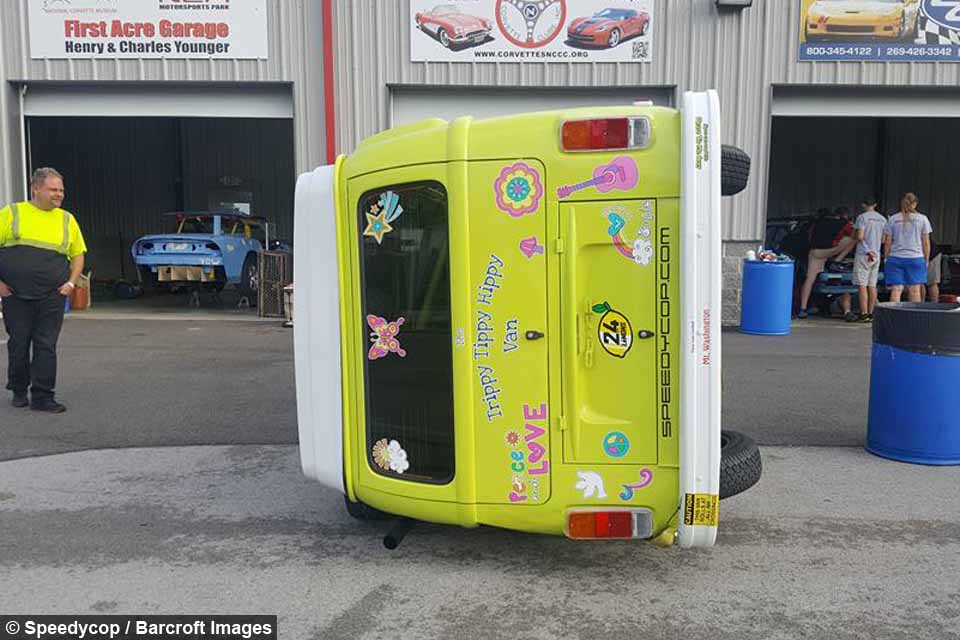 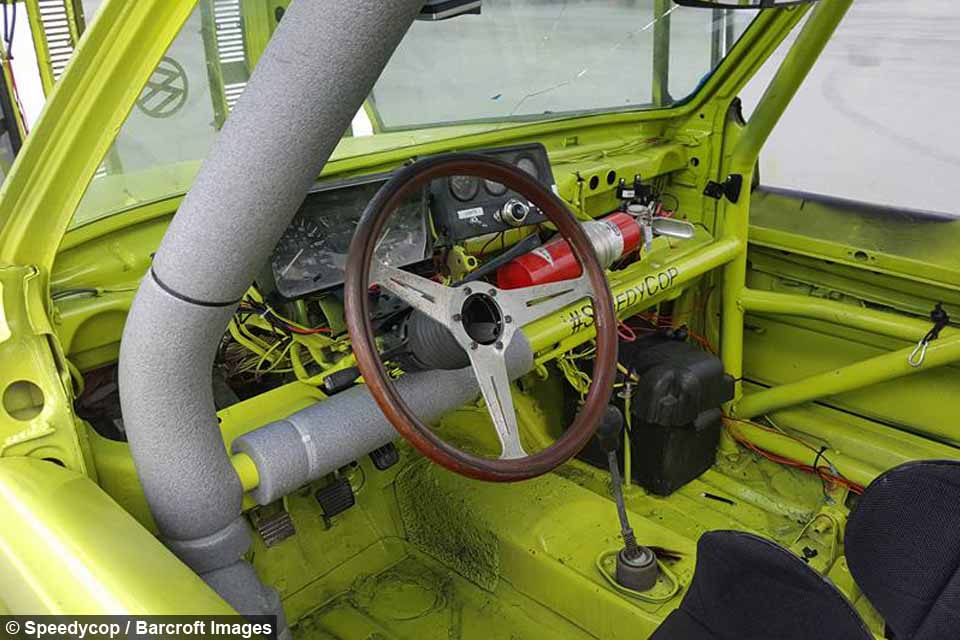 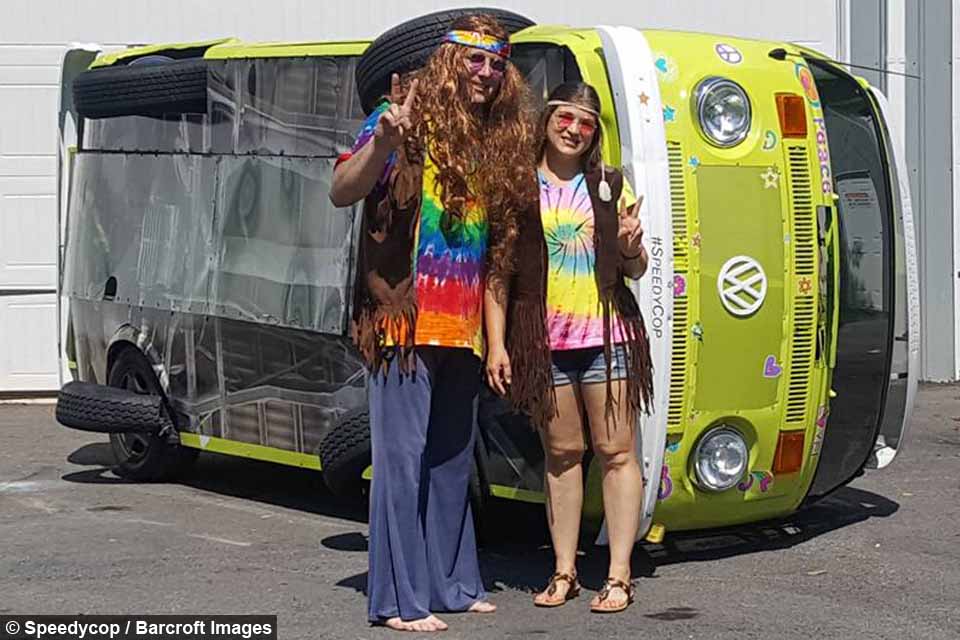 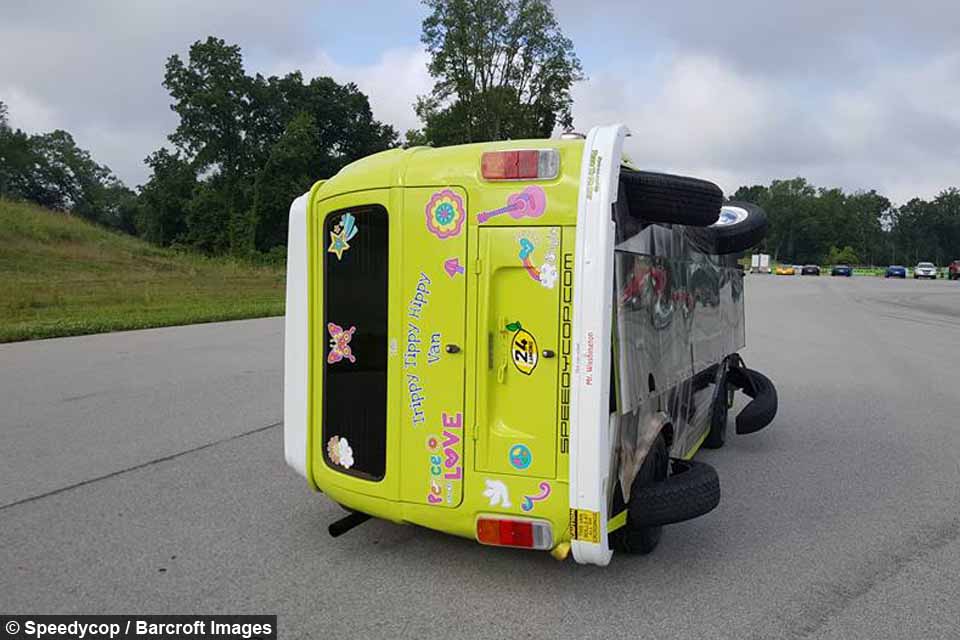 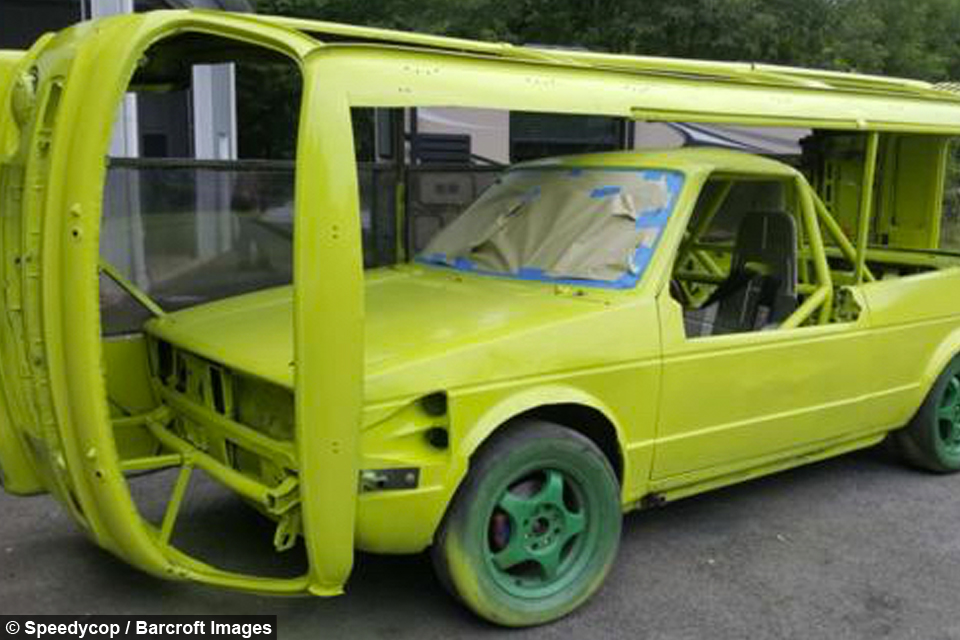 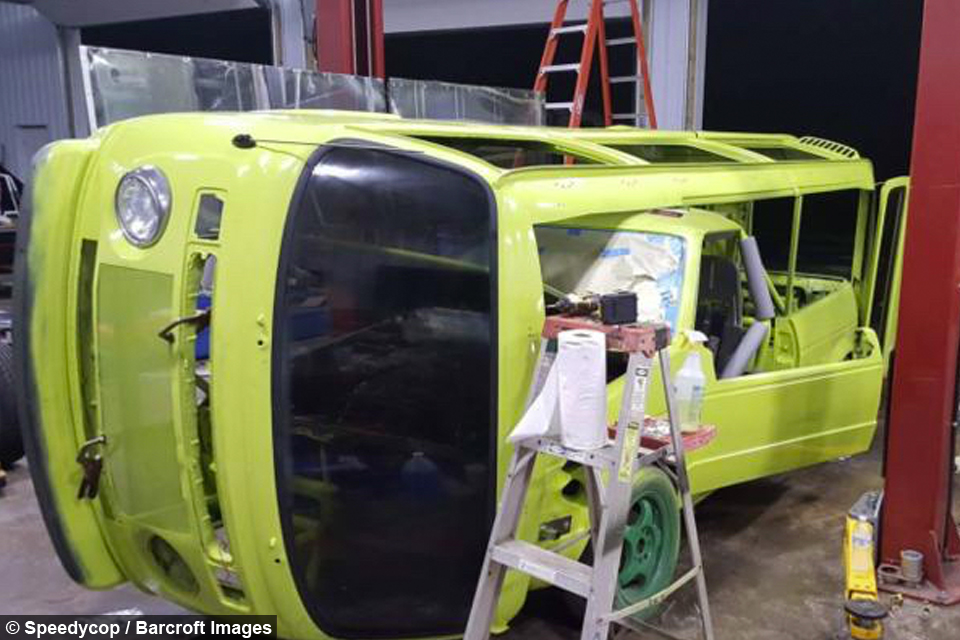 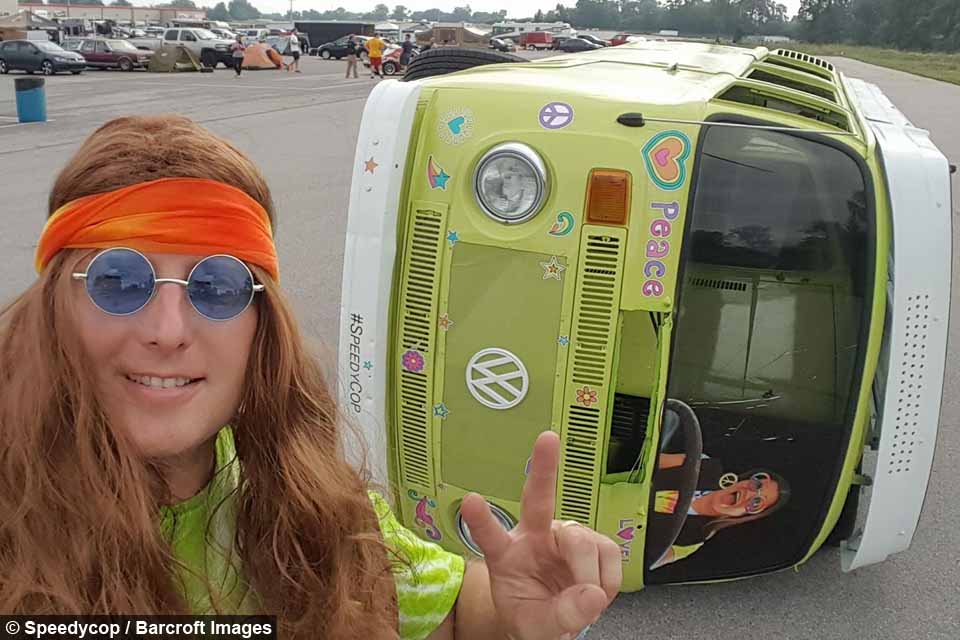