The high-octane event takes place at Louisiana Mudfest, an all purpose venue for off road driving enthusiasts to rip through muddy fields.

Crowds from all over the United States descended to the latest Trucks Gone Wild event in Louisiana to take part in four days of competitions, entertainment and parties.

Thousands of spectators were left drenched in wet mud as they were treated to a mud shower courtesy of the show’s participants.

Considered to be the world leader in off road entertainment the touring show first started in 2005 and has been gaining in popularity across America ever since.

From petrol guzzling monster trucks to small quad bikes, vehicles of all types are welcome and featured in the show which seeks to celebrate all things off road.

Participants compete in events such as tug-of-war, car crushing and bounty hole which involves drivers ploughing through thick mud to see who goes the furthest without getting stuck.

Off road competitions such as these are a popular pastime in the southern states of America, however the popularity has spread all across the US and Canada in recent years.

One of the appeals of the event is that it offers regular drivers the opportunity to pit their skills against one another in the hopes of impressing show goers.

The participants of the event push their vehicles to the limit trying to navigate through the boggy field resulting in a lot of break downs and drivers forced to abandon their pride and joys.

Despite kitting out their vehicles in specialised heavy duty tyres and powerful V8 engines many of the drivers rely on their competition to help tow them out of the thick mud.

As well as the cool 4x4s on display, spectators are encouraged to drink to excess in the festival like atmosphere as long as they are of legal drinking age. 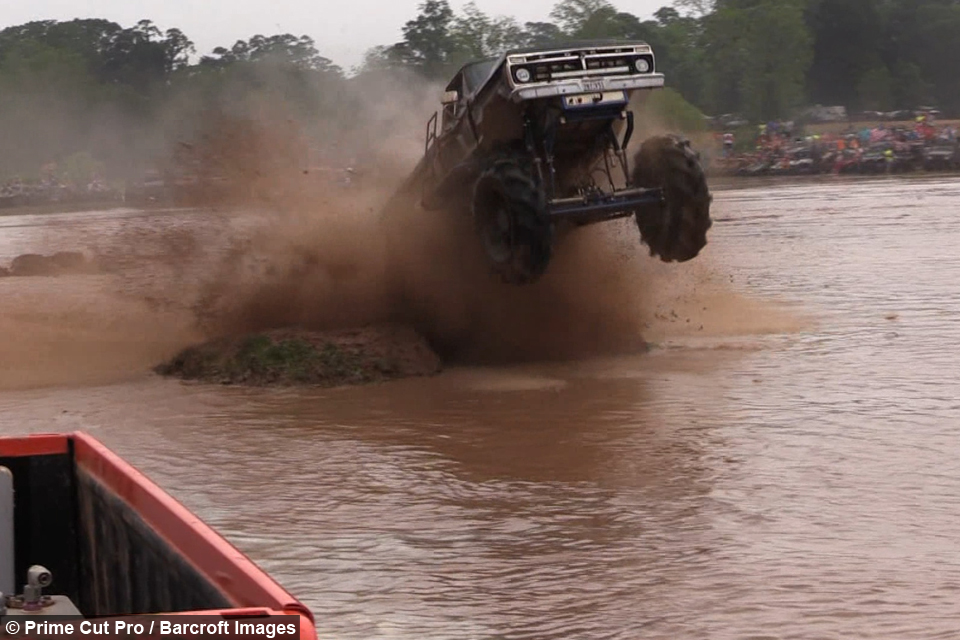 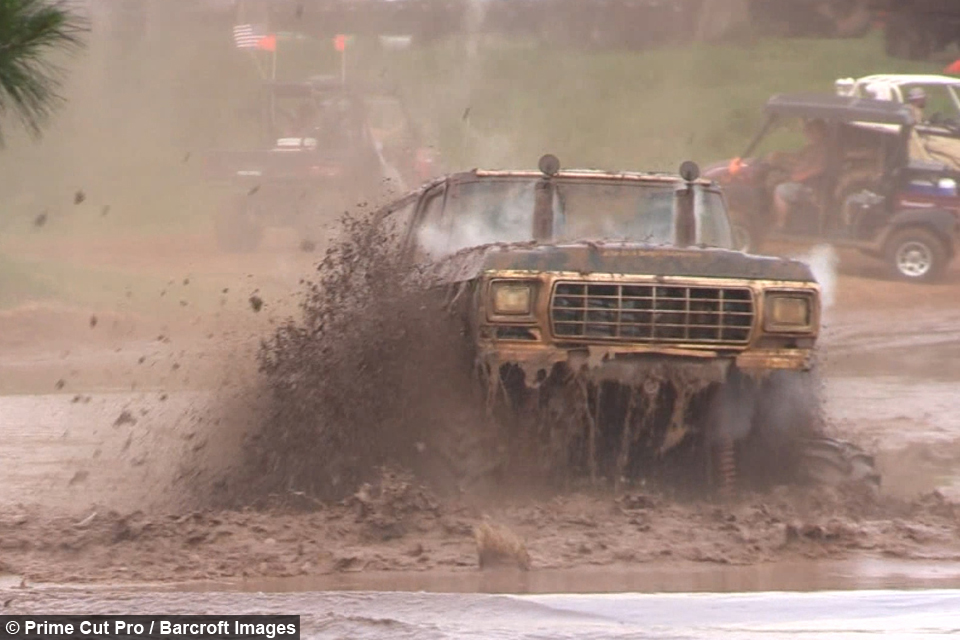 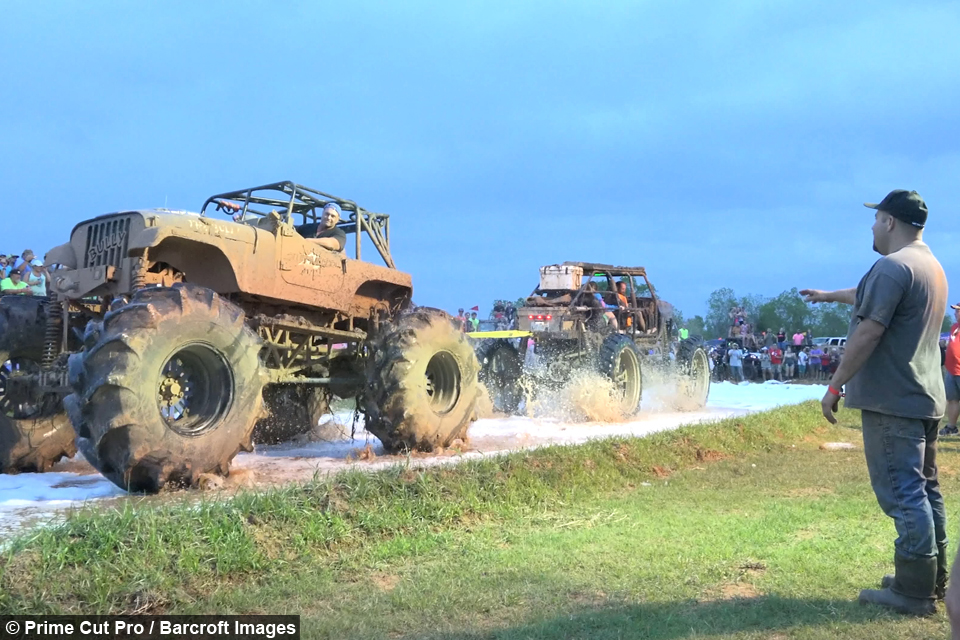 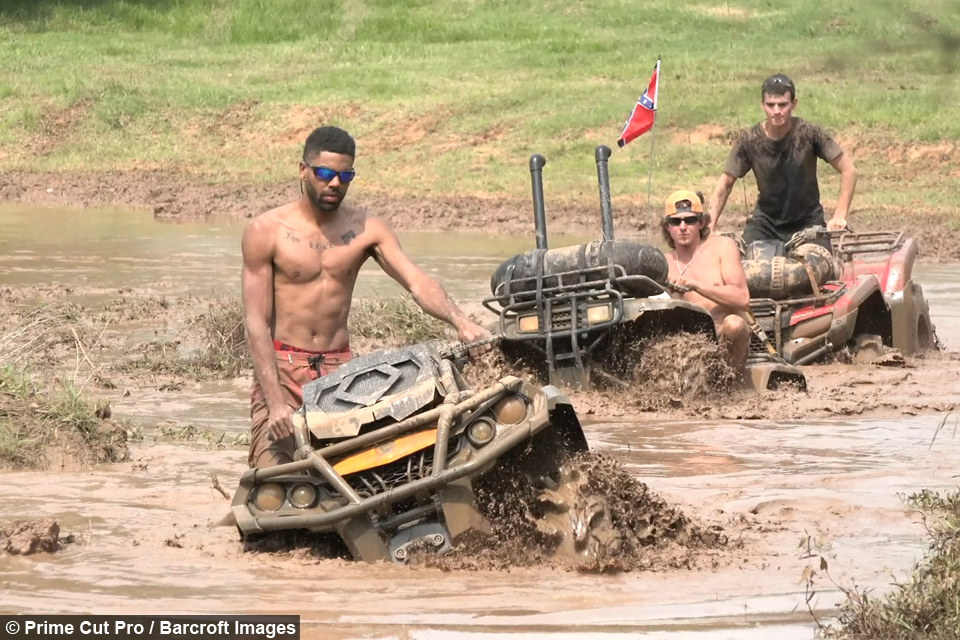 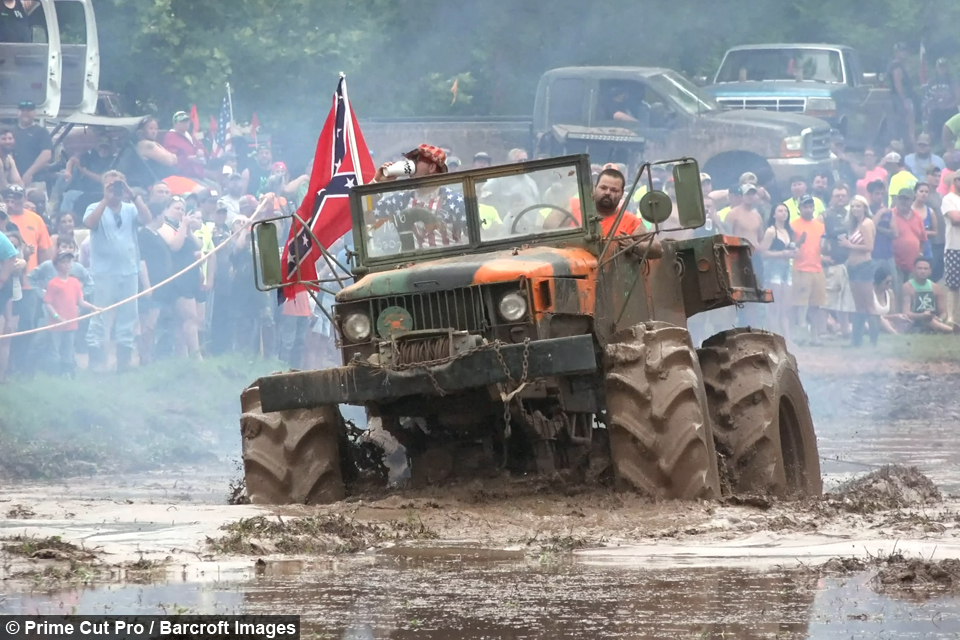