This is Shockwave, the world's fastest jet-powered truck.

The four-tonne Peterbilt Semi generates an incredible 36,000 horsepower and can cover a quarter mile in just six-and-a-half seconds.

Driver and owner Neal Darnell, 64, said: "It's an awesome experience, you won't believe it until you see it."

Shockwave, which could outrun a Japanese bullet train, holds the world record for fastest jet-powered full-size truck, at 376mph.

It has three Pratt & Whitney J34-48 jets, which were taken from US Navy trainer jets called the T-2 Buckeye - a non-afterburner jet with one engine.

It holds 190 gallons of fuel and burns 180 gallons per performance.

Neal's son Chris Darnell, 31, who also drives Shockwave and took his first ride aged just seven, said: "The added afterburners double the horsepower and thrust, so Shockwave literally has six times the power of the jet aeroplane these engines came in.

"On acceleration, the driver experiences about 6G. We then stop this beast using two 16-inch ring slot military parachutes, which produce an impact of up to negative 9G. It is some ride."

Neal and Chris, who bought and rebuilt the iconic vehicle in 2012, will be celebrating by tearing up the tarmac at special performances across the USA and Canada. 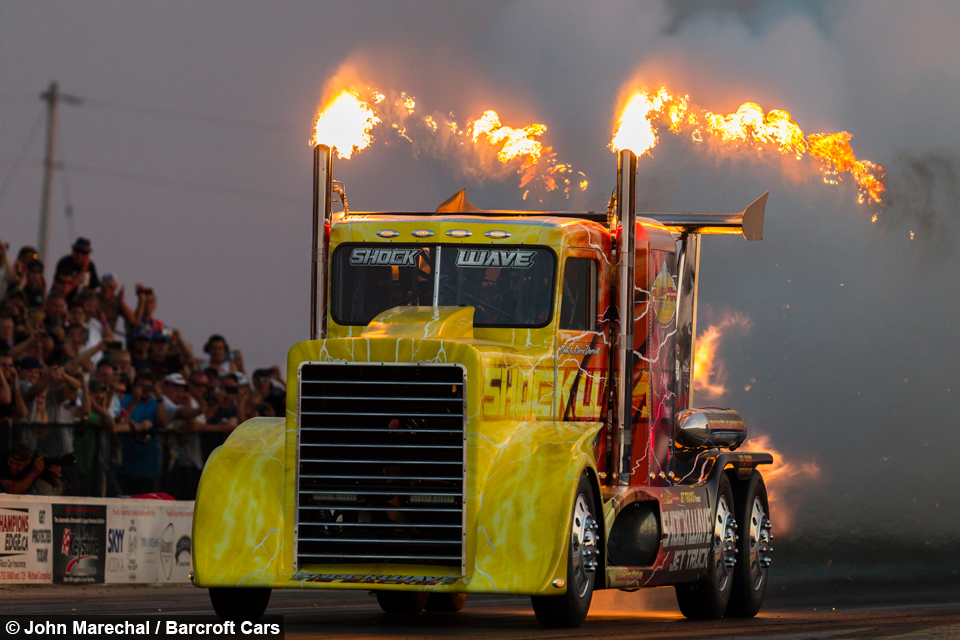 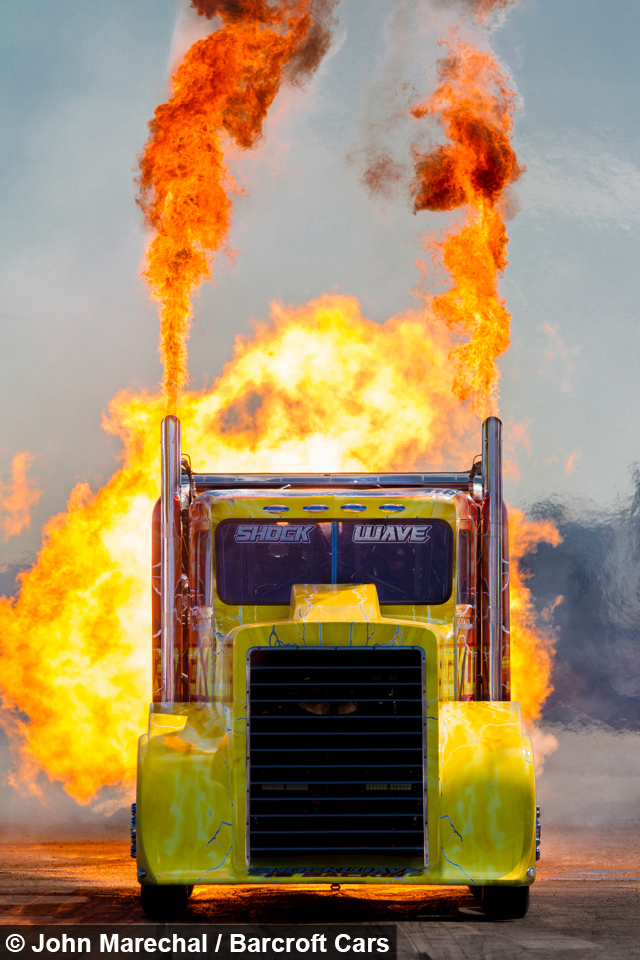 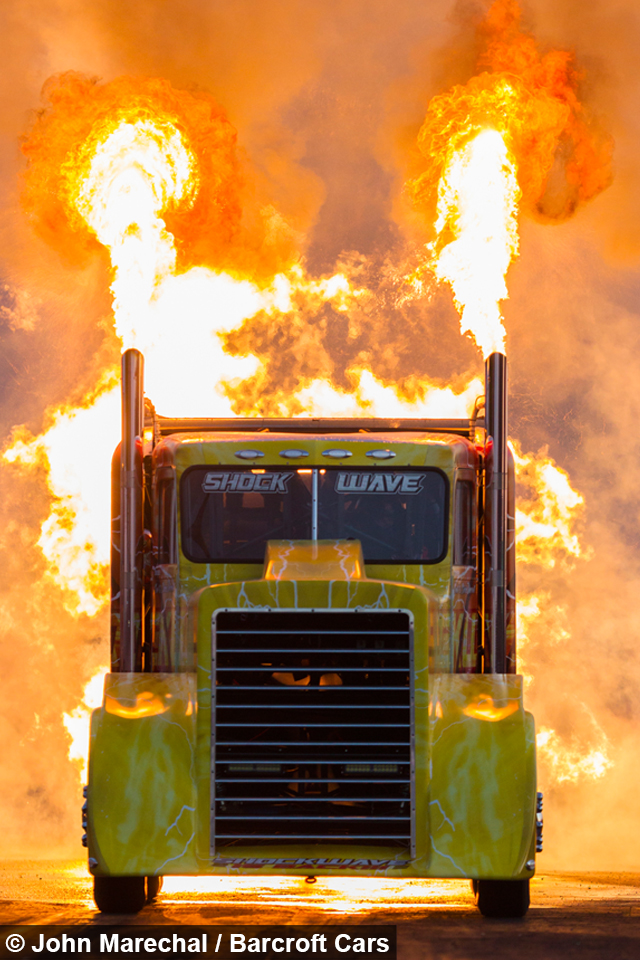 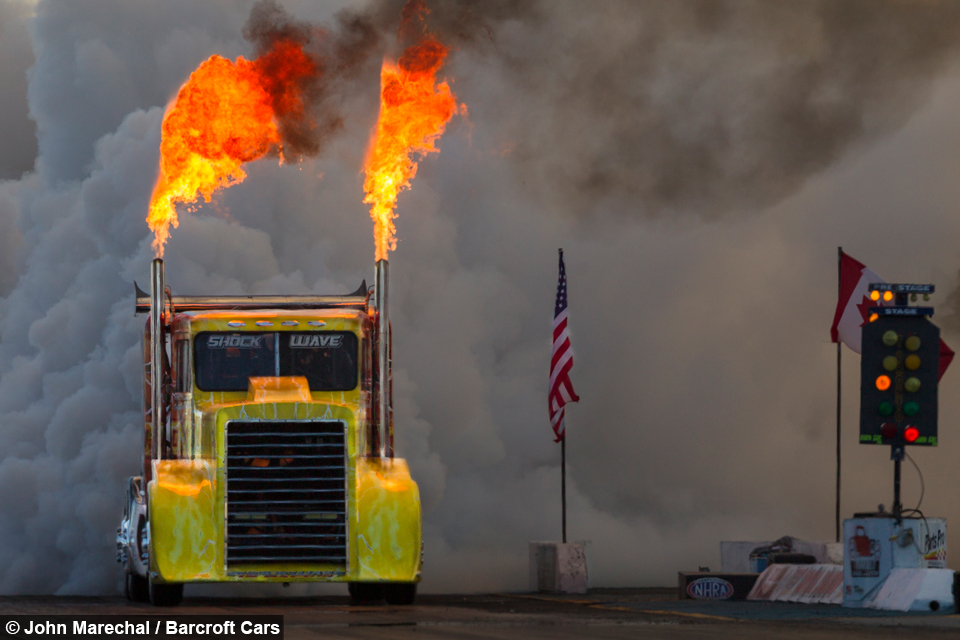 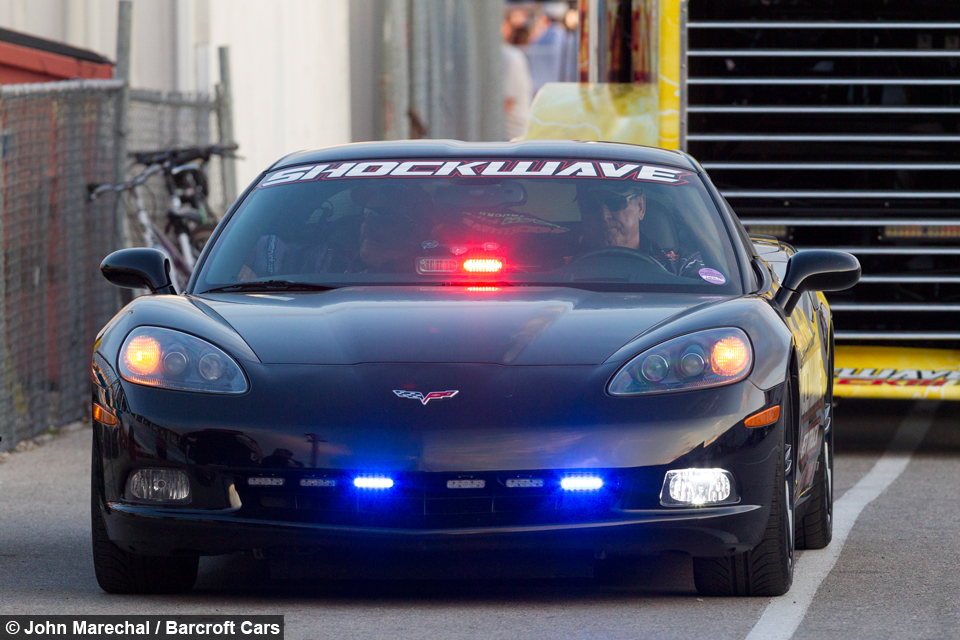 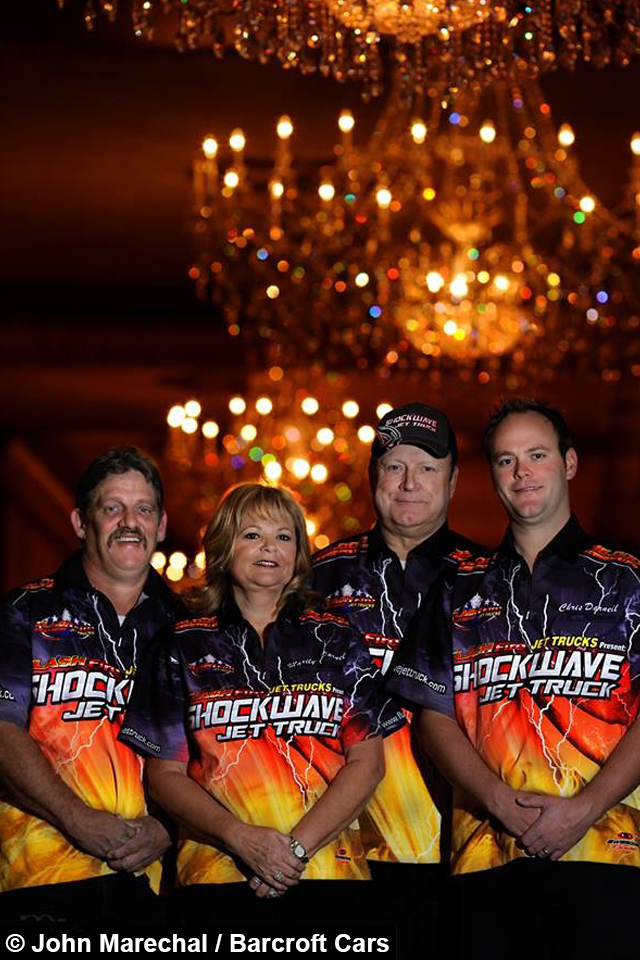 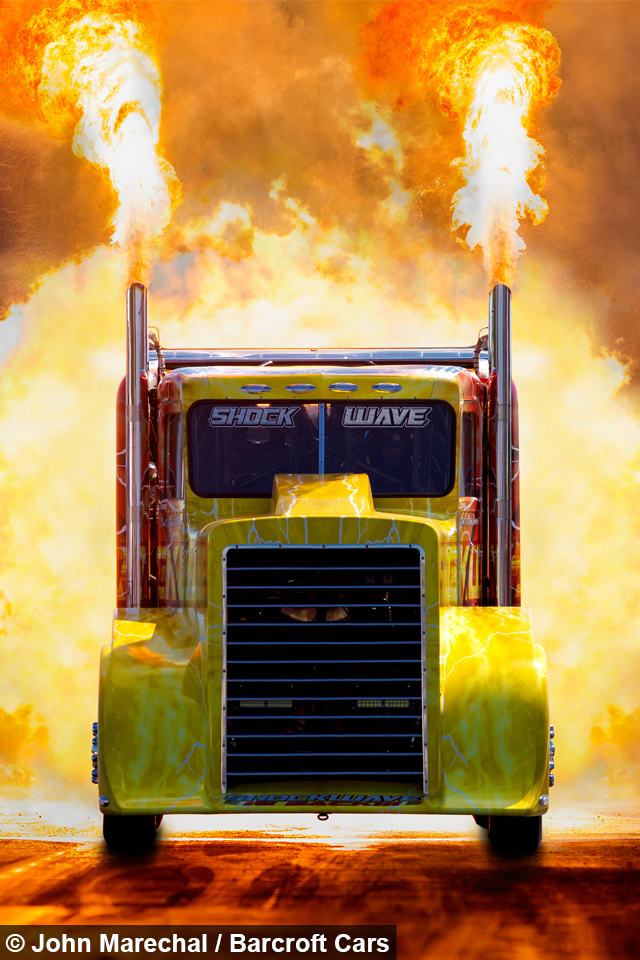 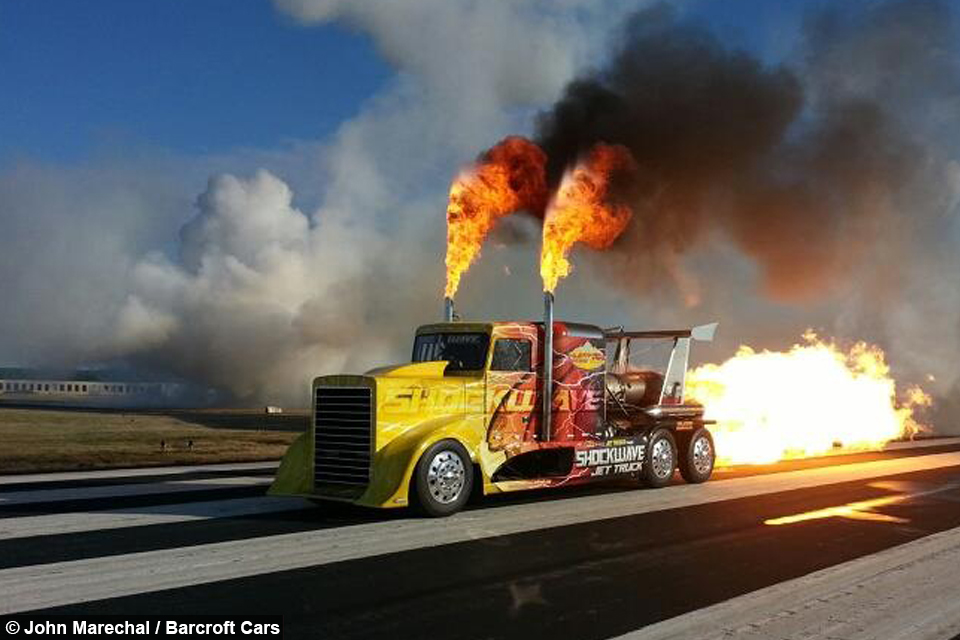 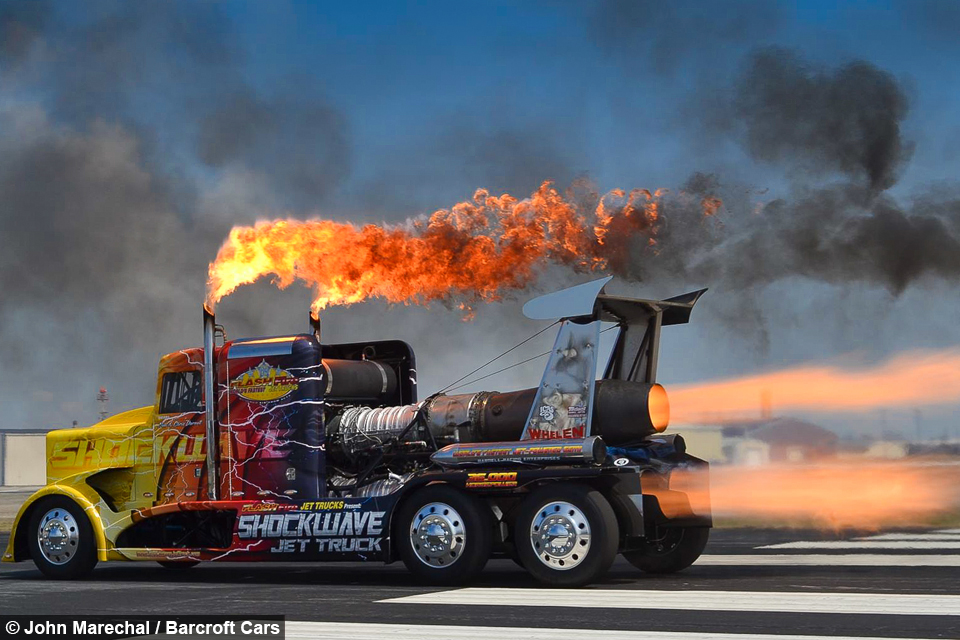 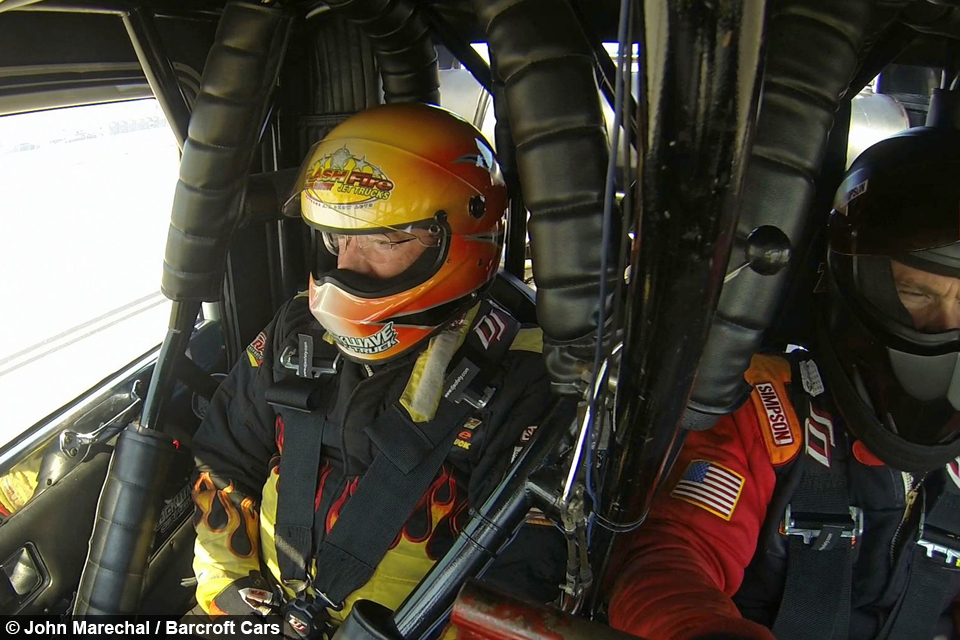