Finnish YouTube stars Stunt Freaks Team have made the Tron races a reality with their latest stunt in which they strapped on LED nights to a motorbike and crosskart buggy while racing in complete darkness on ice and snow.

The slick looking video was shot in Imatra, Finland, in sub zero conditions and sees Joonas Salin, 22, who was riding the motorbike, and Antti Leppänen, 26, battle to the finish line.

The Stunt Freaks Team have more than 22 million views on YouTube and regularly perform death-defying feats such as driving a snowmobile off the edge of a mountain in Sweden after attaching a parachute to the handle bars.

Antti said: “For years our dream was to film motorsport in the dark using lights.

"Last year after the flying snowmobile video we decided that we needed to try to do a video using colour lights.

"The project was the hardest we have ever had.”

The crosskart featured is a Barracuda dune buggy - a vehicle more accustomed to the sand dunes of the Sahara.

Preparing the vehicles for the harsh conditions was not difficult for the team as they often do stunts on ice and snow in their native Finland.

Joonas said: “We ride a lot in ice tracks so it's normal to do that here in Finland. Of course street bikes have to be modified on ice, we had to build spike tyres and lift the suspension.

"We planned, waited for the right kind of weather and tested the lights almost six months before shooting.”

While the close group of friends specialise in extreme motorsport videos, they are all too aware of the difficulty of their latest stunt, which saw them push their driving skills to the limit.

Antti said: “Riding fast side by side in pitch black without head lights while filming and operating when it is -20 and pitch dark isn't the easiest conditions.” 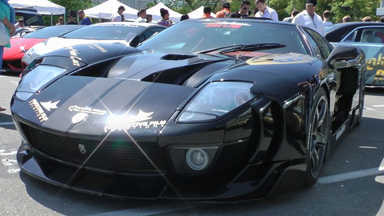 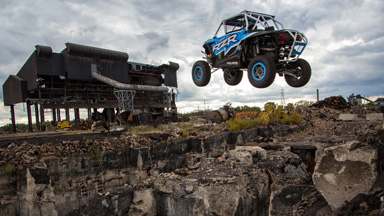 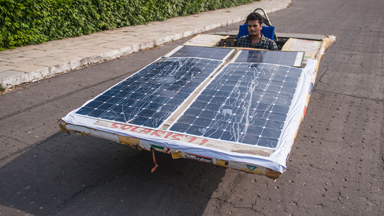 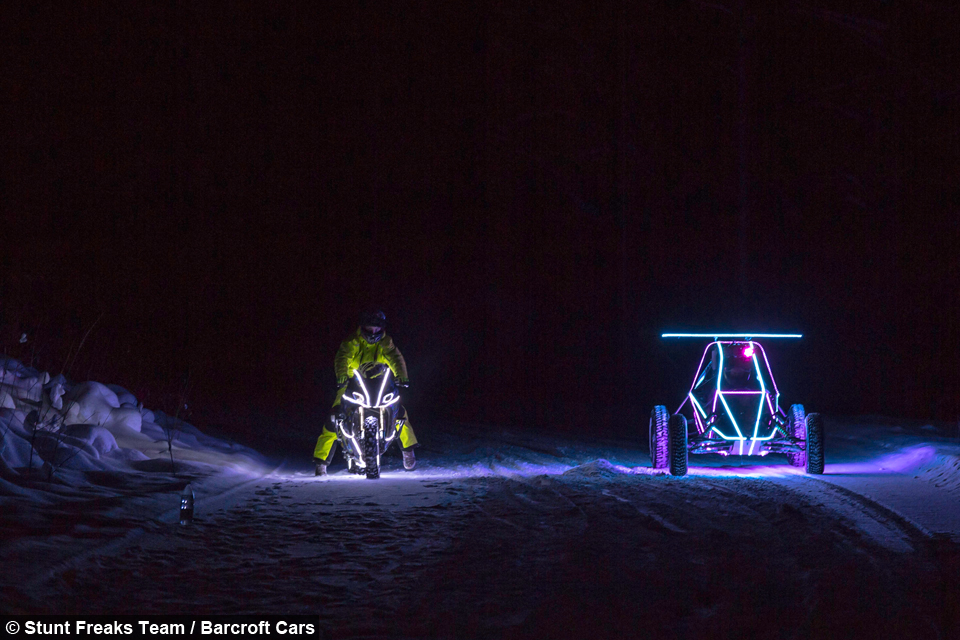 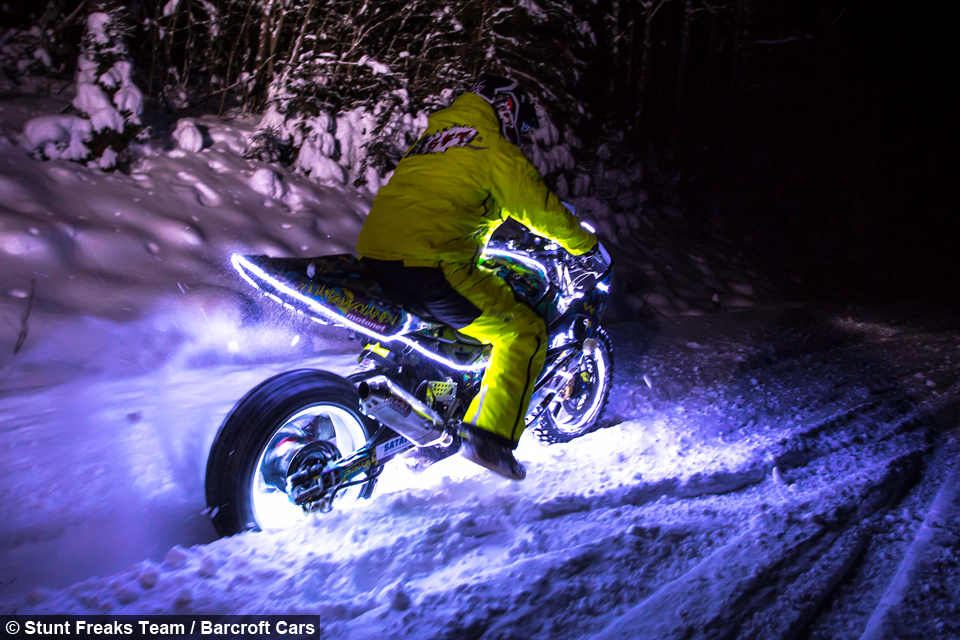 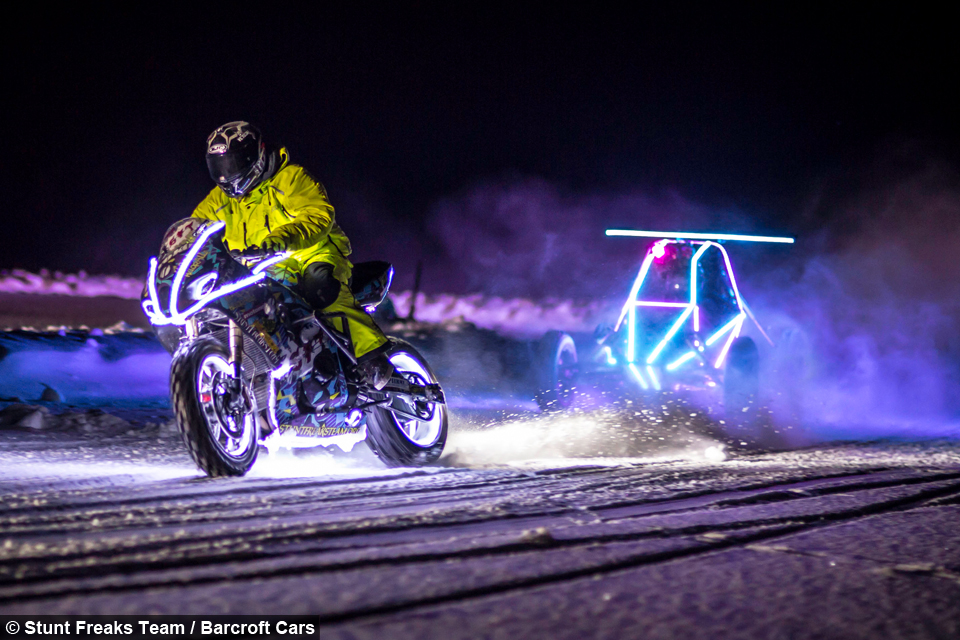 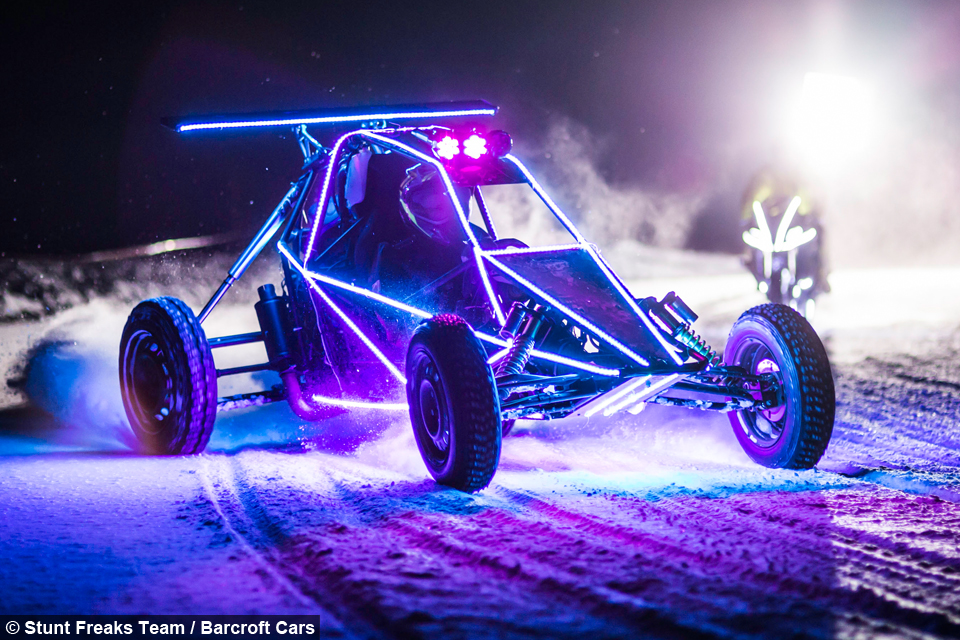 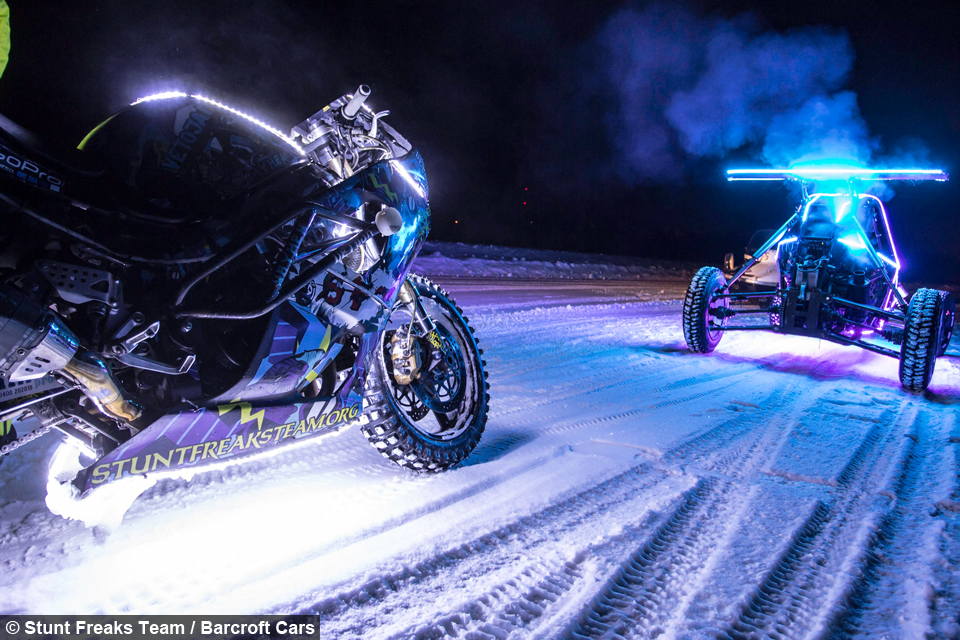 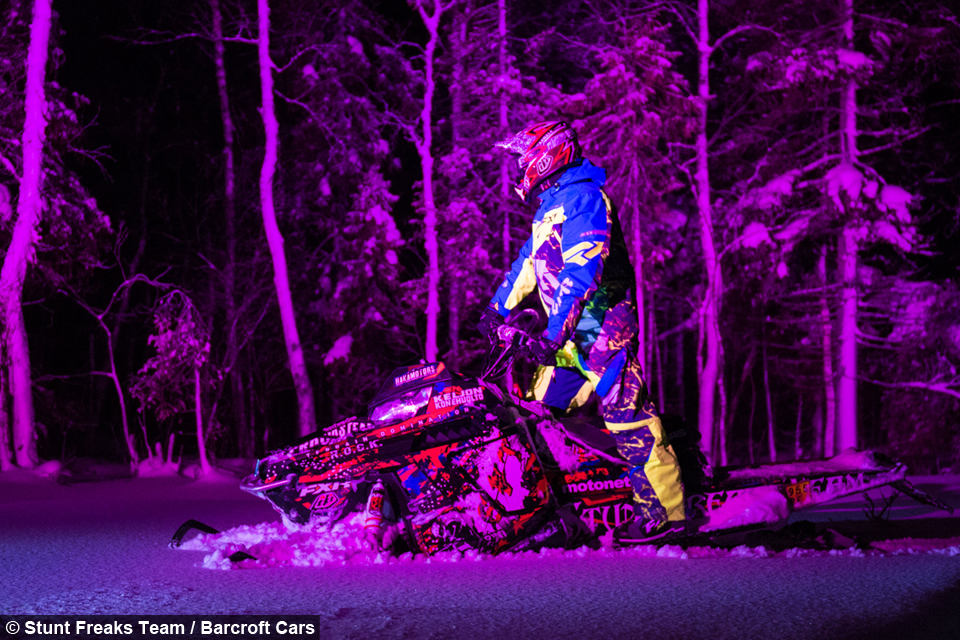 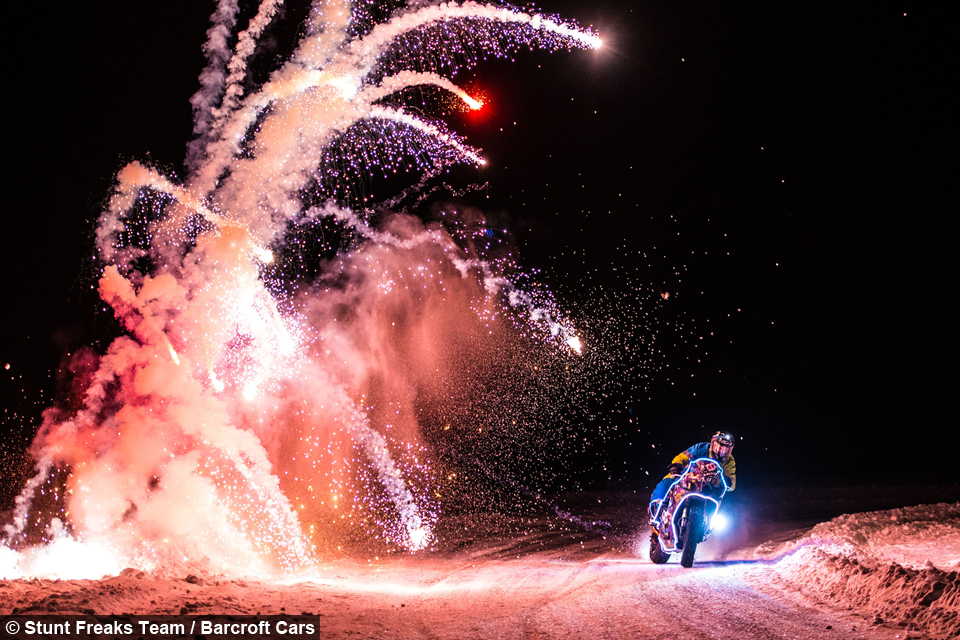