Behind closed doors: Inside the abandoned ford transit factory before demolition

ONCE the workplace for more than 4,000 people, these eerie photographs show Southampton's Ford Transit Plant prior to its demolition 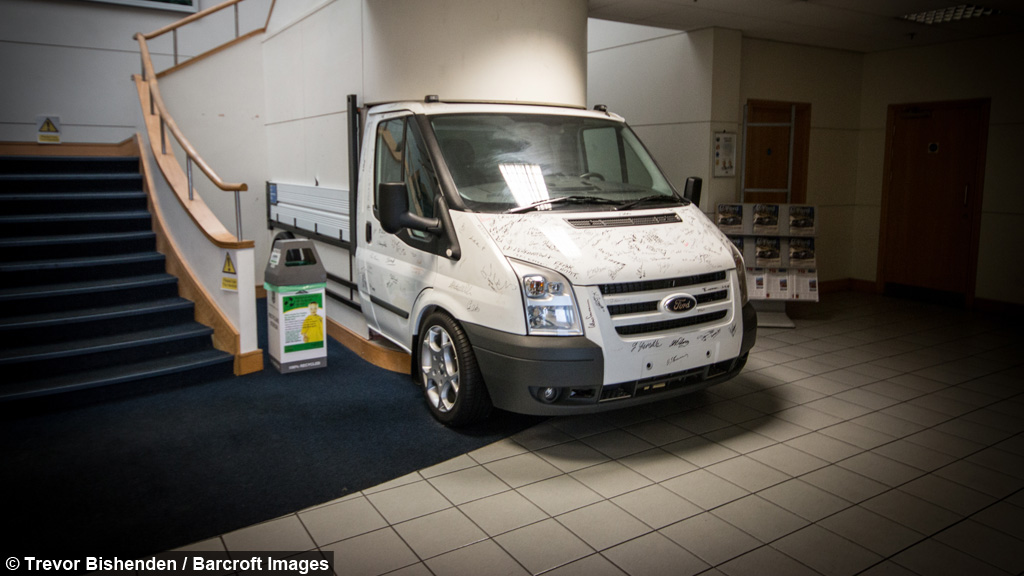 At its peak, the factory turned out more than 2.2 million Transit vans on its production lines between 1972 and 2013.

The iconic Transit is now made in Turkey, but urban explorer Trevor Bishenden was able to gain access to the site with a crew of fellow explorers after hearing about the plant’s closure on the news.

Bishenden, 26, said: “I wanted to see where the iconic British Transit was built for many years.

"It was interesting to walk along the production line and see how it was put together and fabricated.”

The Ford Southampton plant was located in Swaythling on the northeastern outskirts of Southampton.

The last vehicle was produced on 26 July 2013, ending Ford’s 100-plus year vehicle assembly history in the UK.

Bishenden’s haunting images show the once busy and bustling production lines now laying empty and motionless - with tools that have been put down, never to be picked up again.

He said: “It was rather strange walking among all the empty lockers, some still having personal belongings left inside of the workers who were made redundant.

“Coming across the Transit with all the signatures on it was pretty amazing.”

Gaining access to the abandoned building under a fence, Trevor and the other explorers had to evade on-site security.

Bishenden, a traffic signals installer, said: “Trying to keep away from the security was hard.

"We had to keep quiet and be quick in taking the photos. We actually got caught while we were having lunch.

“We decided to grab a can of drink from the vending machines, a security guard initially thought we were builders and as we were walking out I told him we were just explorers.

“Next minute a red Transit pulled up with more security - that was it, our time was over.”

In 2015, the huge plant was reduced to rubble after Ford completed a controversial move to relocate its Transit plant to Turkey.

Some of the last vans produced at the site were presented to the city and are now being used by charities and groups helping vulnerable people in Southampton.

Trevor said: “I wanted to get inside before it was demolished. Now it’s just an open wasteland.

“I like to show people what’s hidden behind closed doors. People often walk past boarded-up buildings and often think about what’s inside.

"I like to show people the history behind these places. Big corporations don’t care about the buildings or history. I like to take photos to preserve the past for the future.

“Britain was once the proud builder of the iconic Ford Transit. Just being in the same factory was incredible.”

Behind closed doors: Inside the abandoned ford transit factory before demolition 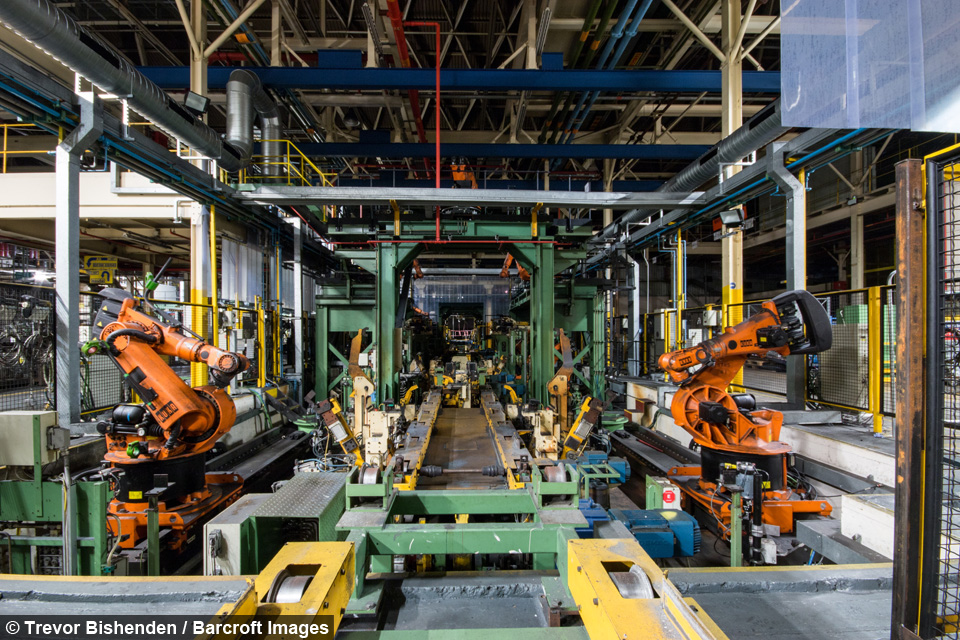 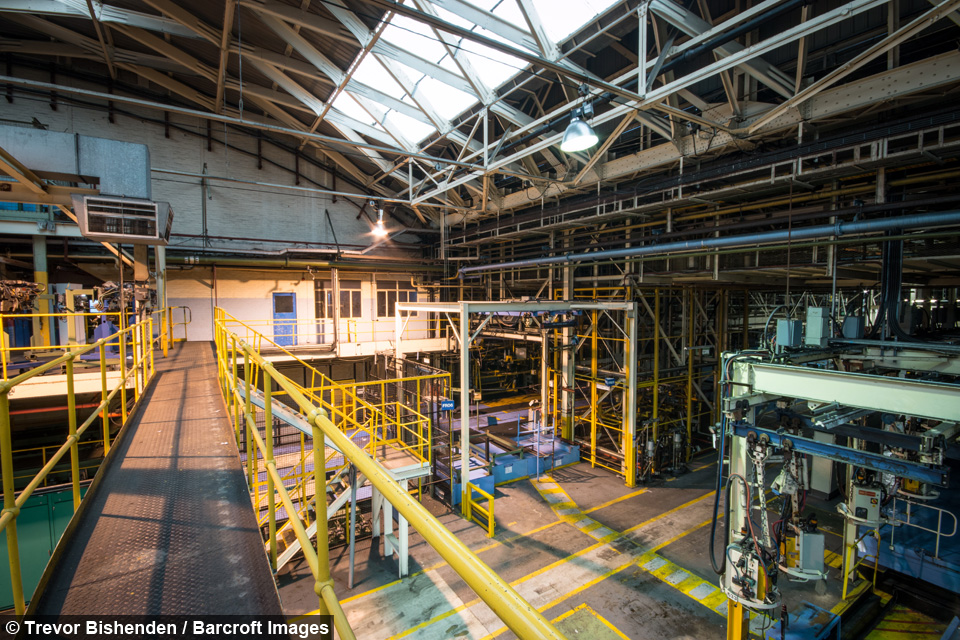 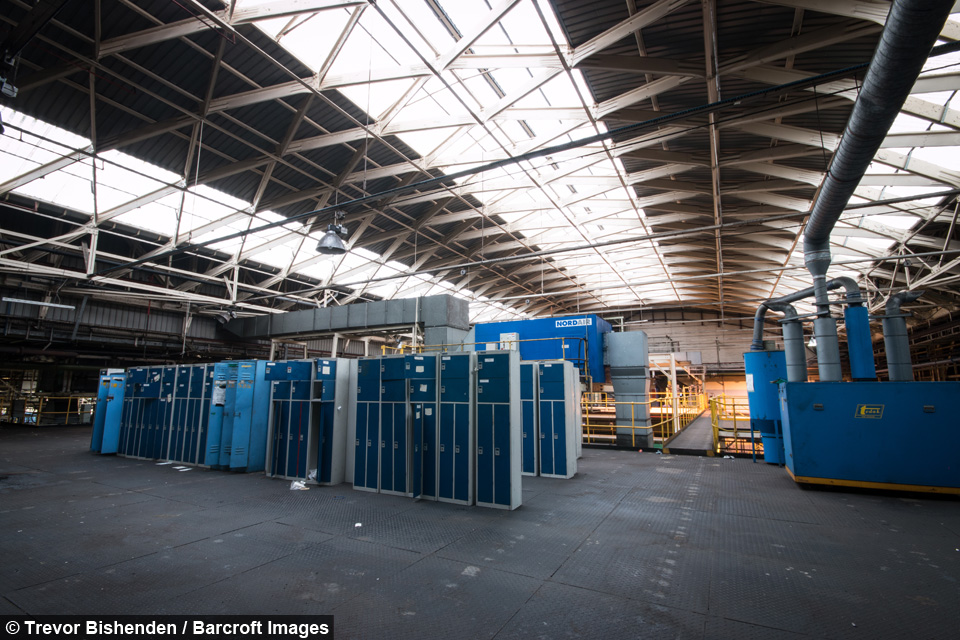 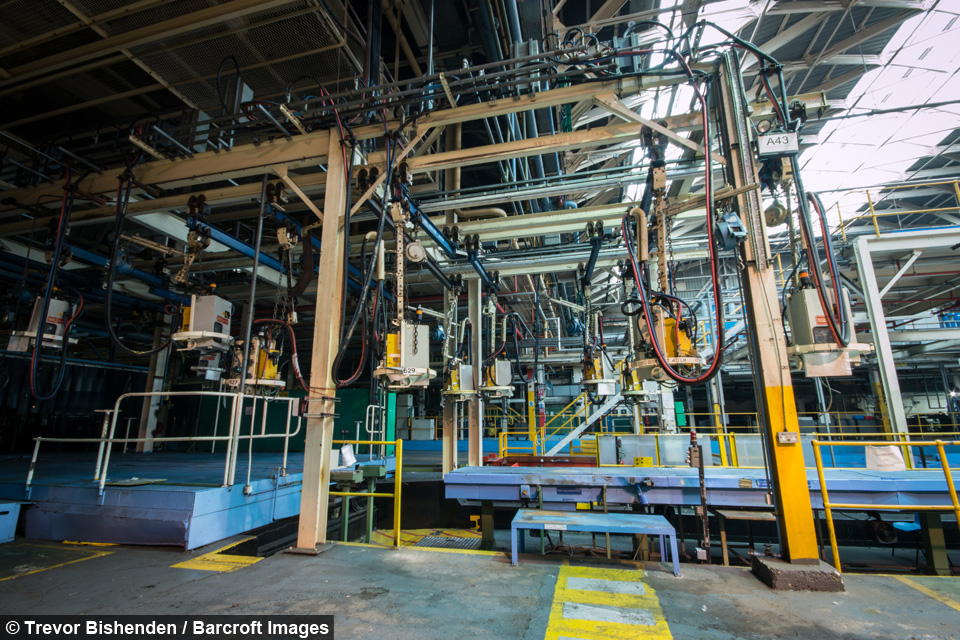 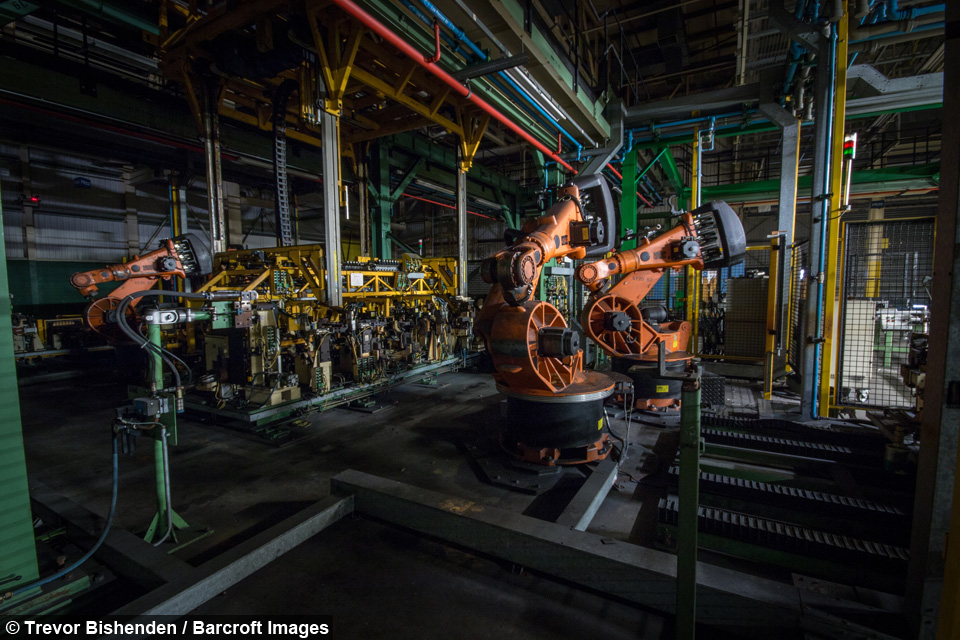 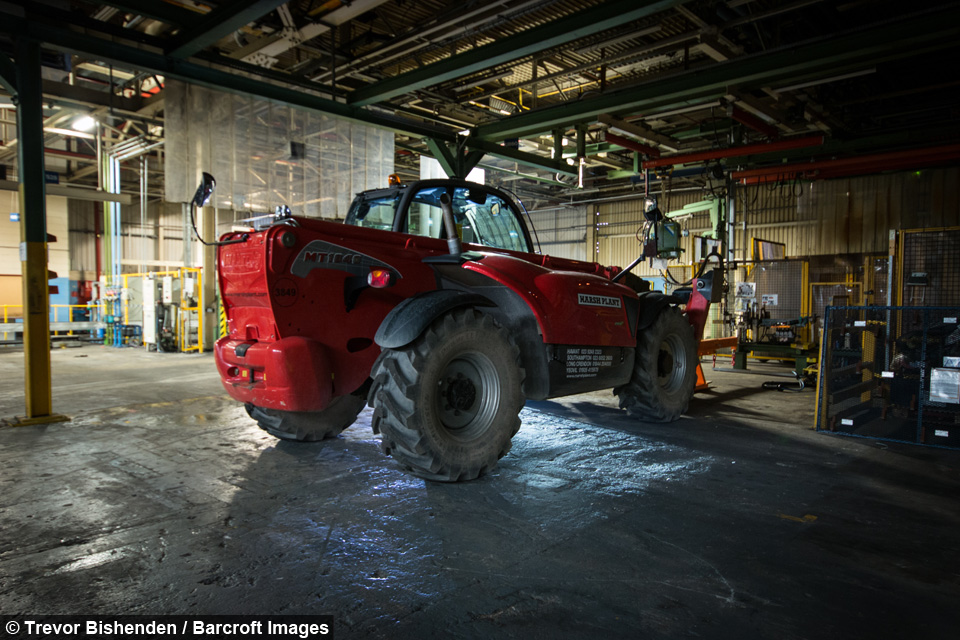 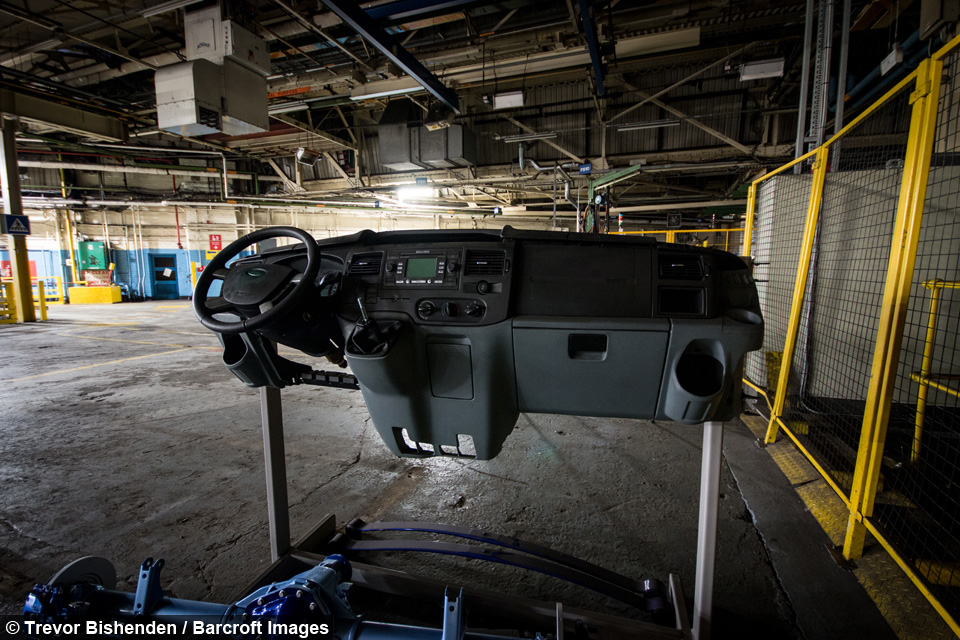 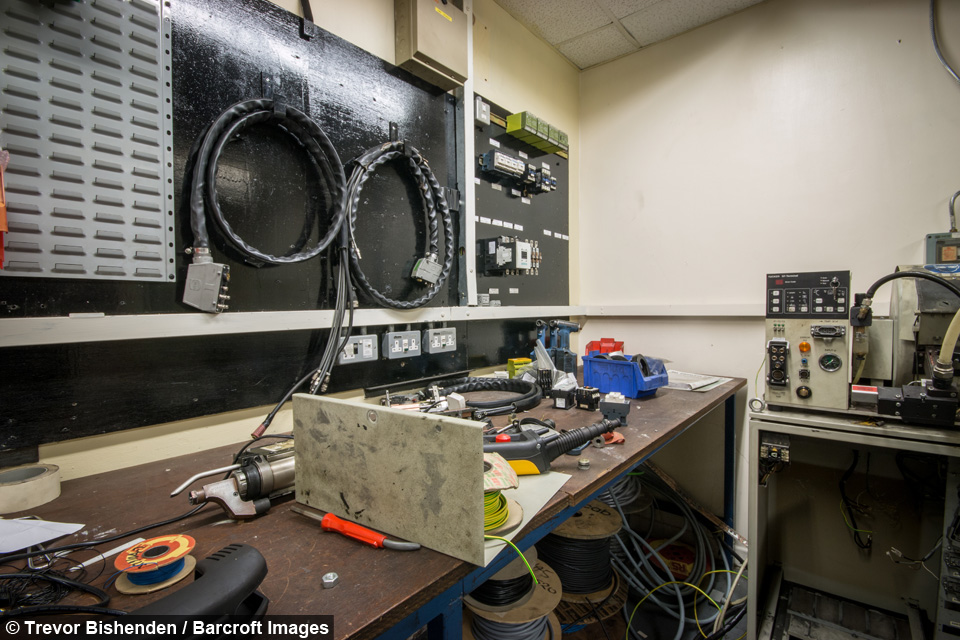 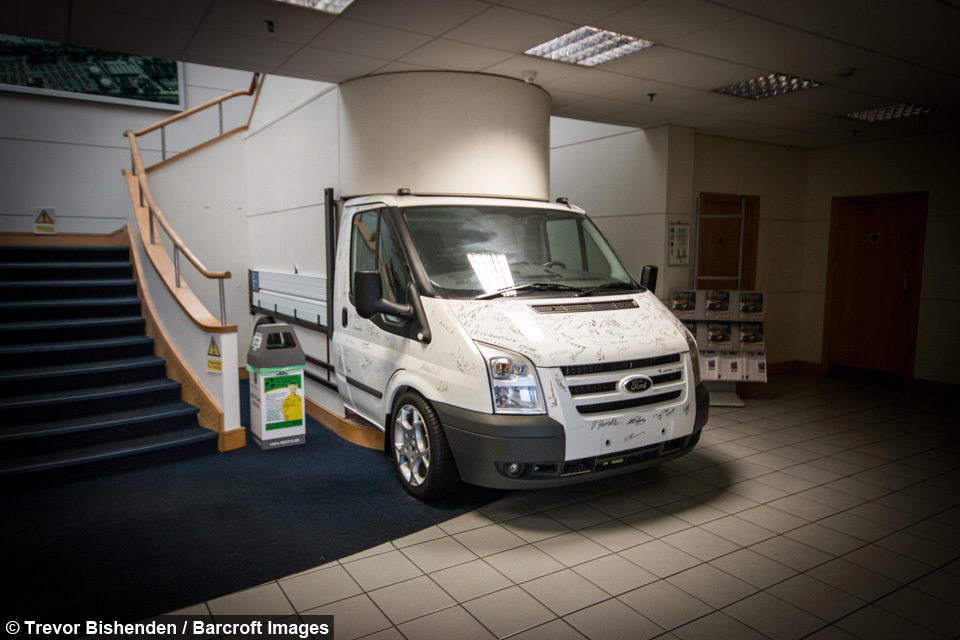